Game of Thrones and the
Expectation of Good Storytelling

Recently I had a conversation with a client and it found its way to the Game of Thrones ending. She mused, “If only it were possible to have the kind of brand impact GOT has on our culture,” but shuddered at the thought of suddenly being despised by an audience who didn’t approve of the story’s ending. I shared with her that it’s not quite so unpredictable as it may seem. There’s a lot GoT can teach us about both effective storytelling, and what happens when you break a couple of cardinal rules.  Click on the arrow to read more… 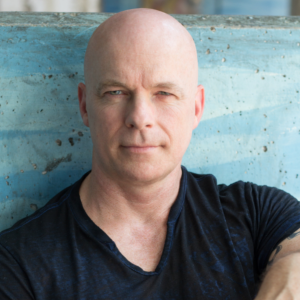 Whether you watched the series or have been among those who have resisted the lure of Westeros and Winterfell, you undoubtedly are aware of the uproar the ending created.

And for brands fighting for relevance in an increasingly competitive landscape (one in which winter has definitely come, particularly in retail), there’s a lot that uproar can teach us.  (no worries. This is a spoiler-free post)

Give people what they want, but in a way they don’t expect.

There’s an adage in pop culture in general, and storytelling in particular:  Give people what they want; but do so in a way they don’t expect. This applies to everything from pop music (which is why it tends to simultaneously sound the same, yet different), to cinema, to electronics and technology, and much more.   It’s safe to say that while the GoT ending was definitely unexpected, for those petitioning for a season re-do, it seems not to have been what people wanted. Hence it was unsatisfying for many.

Brands looking for dominance in an increasingly competitive landscape must consistently do two things well:  Give their customers what they want (or, as I advise, “be relevant”), in a way their customers don’t necessarily expect (or, as I advise, “never be boring”).  For example, music customers wanted to experience the mastery of being able to play any song they wanted, any time.  This was so powerful that they struggled with lugging around a case of CDs for their CD Walkman.  Then in 2001 Steve Jobs told that same story but gave the ending a twist:  A thousand songs in your pocket. You know the rest.

No longer just about looking great on a budget, fast fashion customers crave to be part of a larger dialogue of inclusion (consider Victoria’s Secret for failing to be sensitive to this), and sustainability.

Getting back to my conversation with my client, we took the fast fashion and apparel industries as an example. Their first step is to genuinely understand the story their customers crave.  No longer just about looking great on a budget, fast fashion customers crave to be part of a larger dialogue of inclusion (consider Victoria’s Secret for failing to be sensitive to this), and sustainability.   If the story is to have effortless, affordable mastery over their personal style while being inclusive, authentic, and a positive force for the planet, what is the surprise twist that gives us this ending in a way we don’t expect?  One approach is to feature real customers doing great things (see the WarbyParker video series Wearing Warby for a brilliant example of this in action), as well as innovations such as bioengineered fabric, 3D design, and drastically improved speed-to-market.  As we frequently see in bankruptcy news, brands that fail at one or both sides of this maxim pay a serious price.

The specific story you tell depends on you.  Imagine your CEO standing on stage and announcing the next plot twist to your brand’s story.  Would she get the applause Steve Jobs received in telling the story of the iPod, or would she have her brand’s equivalent of a Game of Thrones ending?

Return to Top of Page
Menu
×
×